One significant benefit of collecting AA miles for living in the UK is when redeeming on transatlantic flights there is no fuel surcharge to pay. What does this mean? When booking through British Airways they charge a fuel surcharge whether you use BA or AA planes (you can book American Airways with BA because AA is a Oneworld partner). As seen below, for a Business-Class flight between New York and London this cost differential can be significant!

This compares to a UK BA redemption below:

That’s right, to book a similar BA flight from New York to London you pay an extra £451 in taxes! This is only one of the benefits of using an American Airlines credit card to earn AAdvantage miles. Similar quirks include the possibility to book First-Class tickets to Australia for just 200,000 AA miles return when the same journey would use 400,000 Avios points with British Airways.  With AA redemptions sometimes providing better value than booking through BA but also allowing the flexibility to book British Airways flights, I suspect this is the reason I’ve had various requests asking for alternatives to the MBNA AAdvantage credit card.

The easiest and quite possibly best option would be the Starwood Preferred Guest American Express (reviewed here). The card isn’t free and comes with an annual fee of £75, which is similar to the £70 charged for the old MBNA American Airlines credit card. With the Starwood Credit Card you earn 3 points for every £1 spent, which can then be converted directly to American Airlines at 3:1 resulting in 1 mile for every pound spent on this alternative AAdvantage credit card UK. You can also supercharge this by converting in chunks of 60,000 points and receiving a further 5,000 miles allowing you to actually earn 1.25 AA miles per £1 spent. A further positive of the card is the sign-up bonus which equates to 10,000 AA miles. I value AA miles at between 0.75p-1p which means this sign-up bonus more than covers the annual fee. What’s better is if you use this link you’ll receive a total of 33,000 points (11,000 AA miles) – increasing your bonus by a further £10 based on 1p per point! 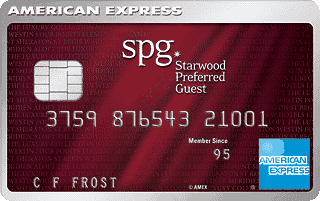 Now because Membership Rewards (American Express’s rewards programme) is NOT a member of AA you’ll need to first transfer your points to Starwood Preferred Guest and then transfer directly to American Airlines. This has a lower earnings rate of 0.6 AA mile for every £1 spent on either of the cards. One significant benefit of the American Express Gold Card (reviewed here) is that it is the only free alternative to an AAdvantage credit card UK and as such may be more appealing to readers. The Gold card also offers a sign-up bonus of 10,000 points which can be converted to 6,250 AA miles. An increased sign-up bonus of 12,000 points (6,875 AA miles) is available if you use this link.

I thought it would be worth just quickly comparing the American Express Gold card – which is free for the first year – to the Starwood credit card to see which option you should potentially go for. I’ve set out two hopefully easy-to-follow examples below.

Whilst MBNA cancelled their American Airlines UK credit card in the summer, we’ve seen that it’s still more than possible to earn miles through alternative cards on the market. The best free option would be the American Express Gold card followed by the fee-paying Starwood Preferred Guest American Express. Both offer reasonable ongoing spend rates and enhanced sign-up bonuses if you use these links – Starwood 33,000 points & Amex Gold 12,000 points.

With the potential to both fly further using American Airline air miles and also pay cheaper taxes than alternative providers (e.g. BA), we can see why people would still like to carry on earning points through an American Airlines AAdvantage credit card.

As always we hope you’ve found this American Airlines credit card UK review useful. Please do comment if you have any questions.