For those who fly with British Airways regularly, the challenge of obtaining a BA Gold card can soon become an obsession which sometimes results in pointless flights being taken to retain BA Executive Club Gold status.  Today we’ll be looking at the many benefits of the British Airways Gold card as well as the almost impossible to reach BA Gold Guest List.

Even before I was old enough to hold a BA Executive Club (BAEC) account (18 years old unless you have a Household account as I discuss here) the challenge of achieving British Airways Gold status intrigued me.  I wouldn’t be able to put my finger on whether it was the lure of the forbidden First Class airport lounge or being able to skip the queues using the priority lane that attracted me from such an early age, however some 15 years later I’ve finally achieved (that rather odd!!) childhood dream.  Let’s look at the various benefits and what these could be worth to a BA Gold cardholder.

BA Gold membership is the highest status of the four tiers (Blue, Bronze, Silver, Gold) in the British Airways Executive Club frequent-flyer scheme.  To work your way through the various levels of elite status, you’ll need to collect tier points by flying with either British Airways or a oneworld partner.

Both the class of travel and distance flown will determine the number of tier points you’ll earn – you can read my full guide to tier points here.  As such for those who regularly travel internationally with work, obtaining enough BA tier points for Gold can seem relatively easy.  For those who mainly travel short haul in economy, the sheer number of flights required to reach British Airways Gold can seem like an impossible target.

To make matters even more difficult, your tiers points expire at the end of each membership year so to retain BA Executive Club Gold status you’ll need to consistently – year in and year out – hit the tier-points earning thresholds! 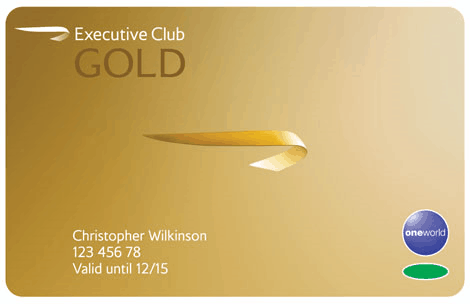 Eligibility – How Many Tier Points for BA Gold?

For those hoping to qualify and earn enough BA tier points for Gold, you’re going to have to reach the following targets:

You can find the British Airways tier points calculator here which will tell you just how many tier points you’ll earn from a particular flight.  To show just how much you’d need to fly, I’ve set out a couple of examples below:

A one-way flight between London City and Amsterdam in the cheapest economy seats would earn 5 tier points.  This means you’d need to fly a grand total of 300 times between the two cities to earn British Airways Gold status.  However if you were prepared to pay for Club Europe (Business Class), which would earn 40 tier points one way, you’d have to complete 38 flights or 12.6% of the number of economy flights.  With Club Europe priced at approximately 2.4 times more for this particular flight, it’s clear to see that the structure favours those travelling in either Business or First Class as opposed to economy.

If you travel long haul with either work or leisure in BA Club World (Business Class) your tier-point earning potential is significantly increased.  A flight between London and New York in Business would earn 140 tier points, requiring just 11 flights to reach BA Executive Club Gold.  Even using the British Airways sales page found here – this is likely to cost in excess of £1,000 per flight, illustrating just how difficult BA Gold is to achieve.  Yes the total cost can be reduced through careful planning and we’ll touch upon this later on in the article.

Now you can also earn tier points with British Airways partners who are members of the oneworld alliance.  Again the BA calculator (found here) will tell you just how many points you’ll earn from a oneworld partner flight.  Just remember to insert your BAEC number when purchasing the tickets and both the tier points and Avios points will be credited to your account.  However to prevent people who fly with various other partners from simply qualifying for British Airways Gold status by flying numerous times with say SriLankan Airlines, you also need to take 4 eligible flights.

An eligible flight is defined as a flight which has either been marketed or operated by either BA or Iberia.  For those based in the UK this should be a relatively easy target to hit!

Also note that (to my disappointment) you cannot earn tier points on Avios rewards flights, although if you use the option to part pay with Avios at check-out you’ll still earn tier points.

As we’ve seen above, the requirement of 1,500 tier points to reach British Airways Gold status is a challenging goal even for those who travel regularly with work!  As such the BA Gold benefits are designed to reward British Airways’ most frequent and loyal customers.  Let’s take a look at what you’ll receive as a British Airways Executive Club gold member:

Also available to either Bronze or Silver:

The Benefits of BA Gold Membership Doesn’t Stop There…

To encourage ‘big spending’ customers to keep on travelling with British Airways once they’ve hit Gold status, further benefits can be unlocked at various tier-point milestones.

British Airways Gold Guest List (commonly referred to as BA GGL) is the final tier of the British Airways Executive Club frequent-flyer programme and as such is the most sort after.  Once you reach 5,000 tier points in a membership year you’ll be rewarded with a Gold Guest List card, however the benefits don’t just stop there.

At 5,000 tier points a new Gold Guest List member will benefit from the following:

With so many BA Gold Guest List benefits on offer it’s not surprising people end up chasing the most elite level of the BA Executive Club scheme!  Once you’ve reached Gold Guest List the ongoing tier point requirement falls to a mere 3,000 tier points! 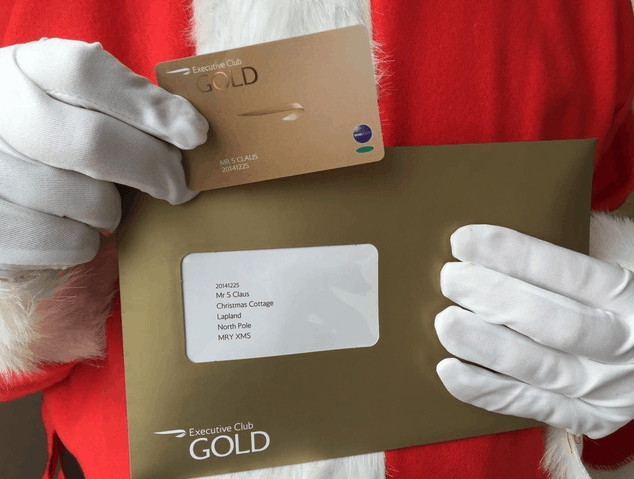 You may have noticed lifetime tier points on your British Airways Executive Club account.  Unlike normal tier points, these never expire and accumulate over time.  To reward British Airways’ most longstanding customers, BA lifetime Gold membership is granted when an individual reaches 35,000 tier points.

From that point onwards your Gold membership will automatically renew on a rolling basis even if you never decide to fly with British Airways again.

For those who travel a huge amount, once a member reaches 100,000 tier points they’ll be rewarded with British Airways Gold Guest List for life – to put this into perspective this would require 278 First Class flights between London and Sydney!  Unfortunately not an accomplishment that I’m ever going to achieve, but I can always dream!

How to get a BA Gold partner card?

Can British Airways Gold be used with other oneworld partners?

Yes.  You’ll nearly always receive the same BA Gold benefits when flying with either British Airways or any other oneworld partner.

How many BA Gold members are there?

I’m afraid this is the million-dollar question.  No formal numbers are published by British Airways and guestimates vary widely.  Commonly quoted is 60,000 BA Executive Club Gold holder and 3,000 BA Gold Guest List but unfortunately this is just hearsay…

Can I use British Airways Gold for status matches with other reward schemes?

Yes you most certainly can.  The best place to look for an up-to-date list of possible matches is Status Matcher (found here).  One current offer is with the Langham Hotel group.  As a British Airways Executive Club Gold member you can simply email Langham and ask for a status match with their Voyager membership.  This is the highest publicly offered status by Langham (just an invitation-only tier exists above this).  Benefits of Voyager include room upgrade and 6pm check out.

What are the main differences between British Airways Executive Club Gold and Silver?

With the lure of so many benefits, it’s no surprise that the BA Gold frequent-flyer elite status is sought after by members of the British Airways Executive Club.  To earn 1,500 tier points you’d need to fly anywhere between 300 (London to Edinburgh in economy) and 6 (London to Sydney in First) times each year.

The holy grail in terms of the BA Executive Club is BA Gold Guest List which is granted when you reach 5,000 tier points in a membership year.  Whilst the benefits such as the additional reward availability is raved about, I think the Concorde Room pass sounds most appealing to me!  If you’re some way off reaching British Airways Gold Guest List but would like to experience the wonders which are Heathrow’s Concorde lounge you may find my recent BA First Class review of interest – using two credit cards I redeemed enough points for a First Class flight from London to Sao Paulo (including Concorde Room access) for less than the price of any economy ticket!  It also includes a helpful step-by-step guide as to how you, too, could fly First Class…

As always I love to hear your thoughts, so please do reach out in the comments section below.