I have a friend who has recently moved to the UK from Australia and is planning to stay for a couple of years.  Using her Woolworths Qantas credit card for UK spending no longer makes sense but she would like to carry on earning Qantas frequent-flyer points.

She approached me to pick my brains on what alternative Qantas credit cards are currently available in the UK market.  To help existing readers who may have the same challenge, I’ve reviewed the various options for a replacement Qantas Rewards credit card within this article.  Read on to find out what I believe are the best credit cards with Qantas Frequent-Flyer points-earning potential… 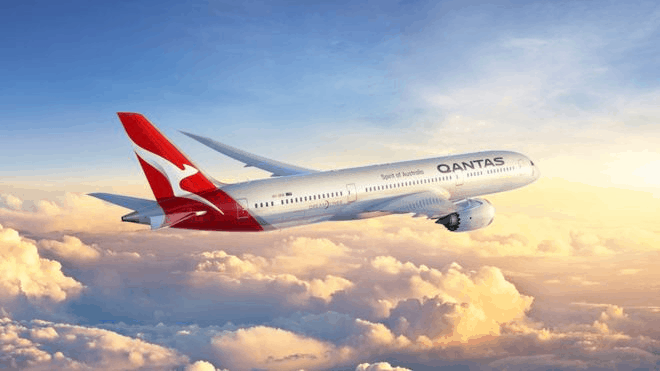 Why use a Qantas Rewards Credit Card?

Before we jump into this Qantas Credit Card UK review, I wanted to first take a look at why you may want to redeem Qantas flights using points earned from a credit card.  There are three methods of redeeming Qantas flights with UK credit card points.

The first two allow direct transfers to the Qantas Frequent-Flyer programme albeit, as we’ll explain, they may not provide as much value as the third option! The two direct transfer partners are as follows:

The final option is to use air miles from a different airline to redeem Qantas flights.  In particular, British Airways Avios points are some of the easiest to collect in the UK and open up the most potential opportunities for finding a replacement Qantas Points Credit Card UK.  This is made possible through the oneworld alliance in which both British Airways and Qantas are partners.

Redeeming Avios points on Qantas is very straightforward.  Simply log in to your British Airways Executive account and use the ‘Book a flight with Avios’ function to search for your chosen flight.  Any Qantas flights operated on that route will appear in the search results as seen below: 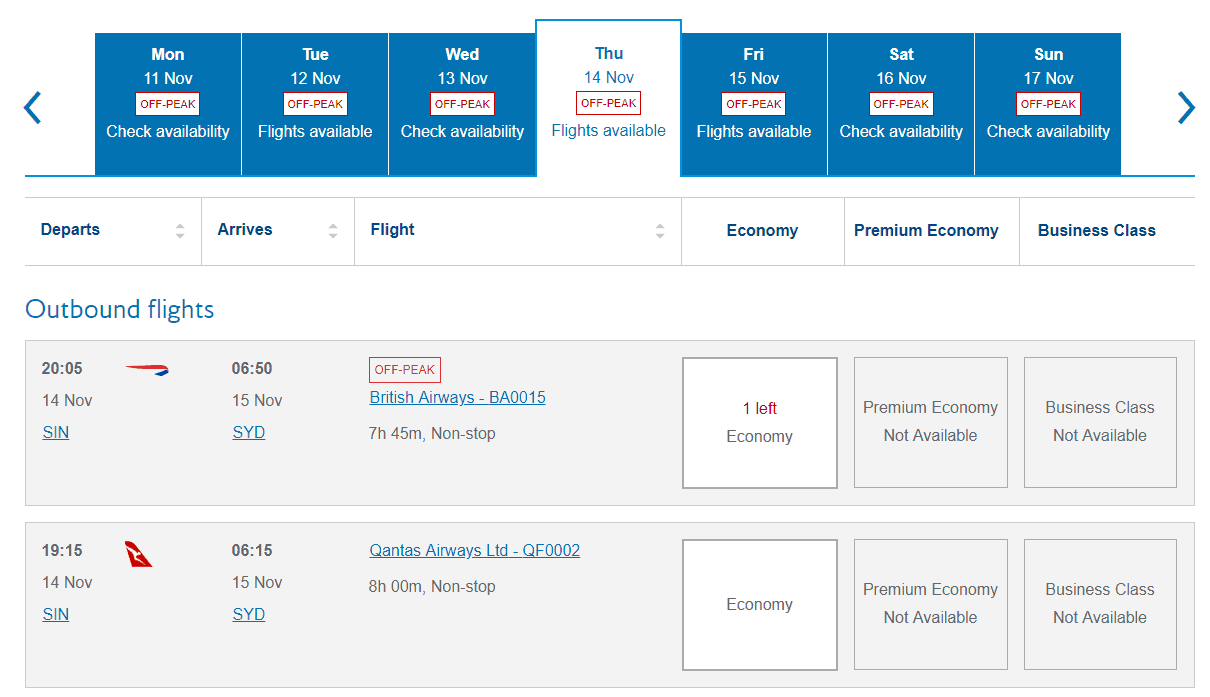 The Woolworths Qantas credit card that my friend currently holds comes with an annual fee of $169 (reduced to $99 in the first year) and an ongoing points earning rate of 0.5 miles for every $1 spent (approximately 0.9 miles for every £1 spent!).  With limited additional benefits, I’m happy to say that the vast majority of both the free and premium fee-paying cards recommended below offer superior sign-up bonuses, a feature which appears almost non-existent on the Woolworths Qantas credit card. 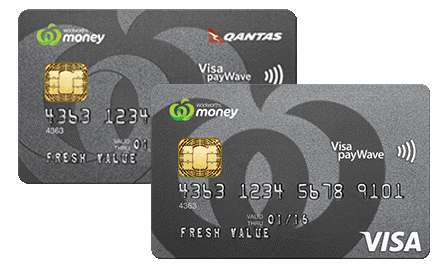 With no free Marriott Bonvoy branded credit card allowing UK residents to earn Marriott Bonvoy points, your best option would be to sign up to a credit card which earns American Express Membership Rewards points.  These can then be transferred to Marriott Bonvoy at a rate of 2:3 and then on to Qantas at 3:1.  With this option you’d be earning 0.5 points for every £1 spent.

The best free card for Membership Rewards (MR) points is the American Express Gold card (reviewed here).  The card offers a sign-up bonus of 10,000 MR points, which if transferred via Marriott Bonvoy would be worth 5,000 Qantas miles.  If you had enough points to benefit from the Marriott Bonvoy transfer bonus this sign-up bonus could be increased to 6,250 Qantas points.  The card also offers two free lounge passes as well as an enhanced sign-up bonus of 12,000 MR points if you use this link.

The second option would be the free IHG credit card – reviewed here.  The credit card offers a sign-up bonus of 10,000 IHG Rewards Club points when you spend £200 in the first 3 months.  These can be transferred to Qantas Frequent Flyer and would be equivalent to 2,000 miles.  The card also offers an ongoing rate of 1 IHG point for every £1 spent.  With a transfer value of 0.2 Qantas points for every £1 spent it’s not a particularly generous option.

The final option, and one which I’d personally recommend, is using Avios to redeem Qantas flights.  Regular readers will know that I’m not a huge fan of the free American Express British Airways credit card.  The reason for this is that the sign-up bonus is just 5,000 Avios points (increased to 6,000 Avios using this link) when you spend £1,000 on the card in the first 3 months.  With the ability to transfer points from the American Express Gold card, you are far better off with the 12,000 points sign-up bonus…

The main option for a premium card would be the Starwood Preferred Guest American Express.  Whilst this card is still currently branded under the SPG logo, it does in fact earn Marriott Bonvoy points.  The card comes with an annual fee of £75 per year and a sign-up bonus of 30,000 points (33,000 points if you use this link).  You’ll also earn 3 Marriott Bonvoy points for every £1 spent on the card, equalling 1 Qantas point.

How do these compare to the Australian-issued Woolworths Qantas Credit Card?

When researching the card I was surprised to see the limited benefits offered by the Woolworths Qantas credit card – available to Australian residents only.  Below are a summary of the benefits offered:

Let’s quickly recap.  There are three potential ways to redeem flights on Qantas using points earned on a UK credit card.  The first two allow you to transfer points directly from either Marriott Bonvoy or IHG reward schemes to Qantas.  The final option would be to use a credit card which earns Avios points and then redeem a Qantas flight directly through the British Airways Executive Club.

For those looking for an alternative Qantas Credit Card UK, we’ve highlighted our two favourite cards below:

We hope you’ve found this Qantas Credit Card UK review useful and as always we’d love to hear your thoughts in the comments section below.