The low-cost operator Vueling is fully owned by IAG which also operates British Airways and Iberia. Why then do British Airways Executive Club and Iberia Plus members have such a challenging time using their status benefits on Vueling?

Within this article we’ll explore and delve deep into the small print to find out exactly when BA status holders are able to experience the benefits of their elite statuses. We’ll also look at how you can both redeem and use Avios on Vueling.

Although Vueling is owned by IAG it is NOT a Oneworld partner like BA and Iberia, which is where the majority of the complexities stem from. As a result Oneworld elite status holders (such as American Airlines AAdvantage, Qantas Frequent Flyer, etc.) will not receive any benefits.

HOWEVER, BA and Iberia have an agreement with Vueling to offer most flights on a codeshare basis (essentially this means you can book a Vueling flight through the BA website). As such, in certain instances some British Airways Executive Club and Iberia Plus members will be able to use the benefits of their status when flying with Vueling.

Let’s take a look at what benefits are available if you book through British Airways and more importantly for who!

The British Airways Vueling codeshare has allowed BA to add flight numbers to over 170 Vueling flights in total, covering 61 of their routes.

The codeshare allows customers to collect Avios and tier points on Vueling flights as long as the flight is booked through BA.com and has a BA flight number. Just make sure that the flight details are broadly in line with the below: 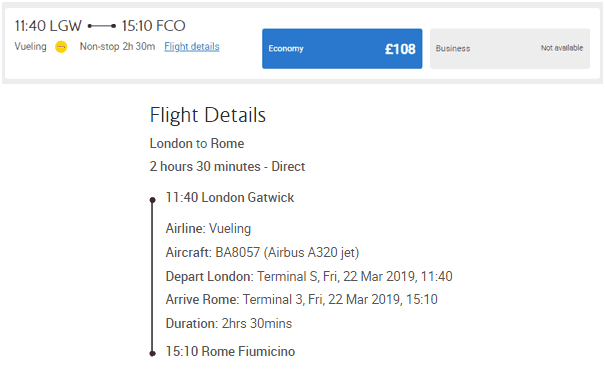 You should also be aware that the prices can vary quite significantly between the Vueling and British Airways websites and as such it’s worth checking both. The same flight is available for just £88.12 on the Vueling website (tickets booked through the BA website sit within the Optima category). As such, in this instance it wouldn’t make financial sense to book through the BA website to collect Avios on Vueling.

As you may know, British Airways Executive Club members of Silver and above receive complimentary lounge access when they fly on any Oneworld partner. As we’ve learnt, Vueling is not part of the Oneworld partnership, however there are certain instances when elite BA status holders will be able to use a complimentary lounge when flying with Vueling.

Let’s start by look at occasions when Elite status holders will NOT gain complimentary access.

Another benefit of being a BA Executive Club Silver or Gold card holder is that you’ll receive additional baggage allowance (2 x 32kg as opposed to 1 x 23kg). Unfortunately Vueling bag-allowance rules apply and you will only be able to take one bag up to 23kg. The one exception is when you are connecting to a long-haul flight with BA when this is occasionally varied.

Finally, whilst you’re unable to reserve a seat with additional legroom on a Vueling Optima ticket booked through BA, this option does allow you to reserve a seat closer to the front of the plane when making the reservation. 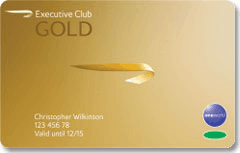 Redeeming Avios on Vueling can be complex and requires a transfer of your Avios points to Iberia Plus, from where you can book the Vueling flight using Avios. Just like booking a cash flight through British Airways, Vueling Avios redemptions can be booked on the Iberia Plus website.

Alternatively, you’re also able to reduce the cost of a Vueling flight by using the ‘Part pay with Avios’ function on the British Airways website.

Let’s wrap this up

So what have we learnt? Whilst you can earn both Avios points and Tier points on Vueling flights, you always have to book through British Airways and the flight has to be operated under a BA codeshare.

HOWEVER, you will likely pay significantly more on the BA website, which means that Vueling Avios collection rarely makes sense!

Are we likely to see a Vueling Oneworld partnership in the future? Very unlikely! As such, being able to use other Oneworld elite statuses with Vueling is unlikely to be a reality in the future I’m afraid.

Unless you’re a BA Executive Club Gold card holder, you should forget about accessing a BA lounge when flying with Vueling on a British Airways ticket! For BA Gold holders, make sure you book through the BA website and work out whether the difference in price between the two sites is worth the complimentary lounge access and Avios points earnt.

If you’d rather save money on the tickets and still obtain lounge access, you may be interested to know that the (free for the first year) American Express Gold Card offers 2 complimentary lounge passes as well as a very generous sign-up bonus of 10,000 points. These can easily be transferred to Avios at a rate of 1:1. We think that this card offers exceptional perks for a free credit card. You can also increase the number of points you earn to 12,000 by using this link.